Members are now able to add their System Dynamics-related events to the Society calendar
for greater engagement and visibility. Not a member? Join here.

Submit an event | Edit your events 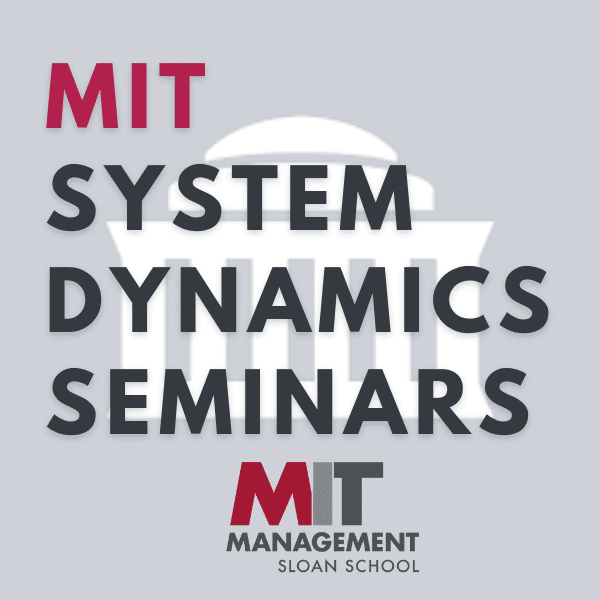 You are invited to attend the System Dynamics Seminar Series being held on Monday, May 17th from 9:00-10:30 am EST via Zoom: https://mit.zoom.us/j/99769339852 (password: SysDyn). Our guest speaker will be Jerker Denrell (Warwick Business School)

It is often important to know whether people’s performances differ a lot or whether everyone has the same mean performance. Large performance differences motivate systems of selection and sorting, which would be inefficient and unjust if people do not differ much. In this talk, I show that there is an important asymmetry in learning about whether differences in means are large or small from noisy observations of performance. Even a rational algorithm is more likely to be confident that the differences are large than that they are small. The reason is an asymmetry in evidence. Large observed differences strongly suggest that means differ a lot because such an outcome is very unlikely if means do not differ much. Small observed differences, however, provide only weak evidence that means do not differ much, since such an outcome can occur even if means differ a lot. I discuss implications for decisions about sorting systems.

Jerker Denrell grew up in Sweden, studied management, economics, philosophy, and some mathematics. He wrote a dissertation on game theory at Stockholm School of Economics but was converted by James March to think about learning and decision making from a more behavioral perspective. He started his career at Stockholm School of Economics, worked at Stanford Business School, University of Oxford, and now at the University of Warwick. Jerker’s research focuses on learning processes and their implications. Instead of examining whether biases exist in how people process information, he has examined how the sample of experiences available to people can lead to systematic biases in choices and judgment. He also has a keen interest in how randomness impacts our lives and fortunes and how stochastic processes can explain what appears as regularities.