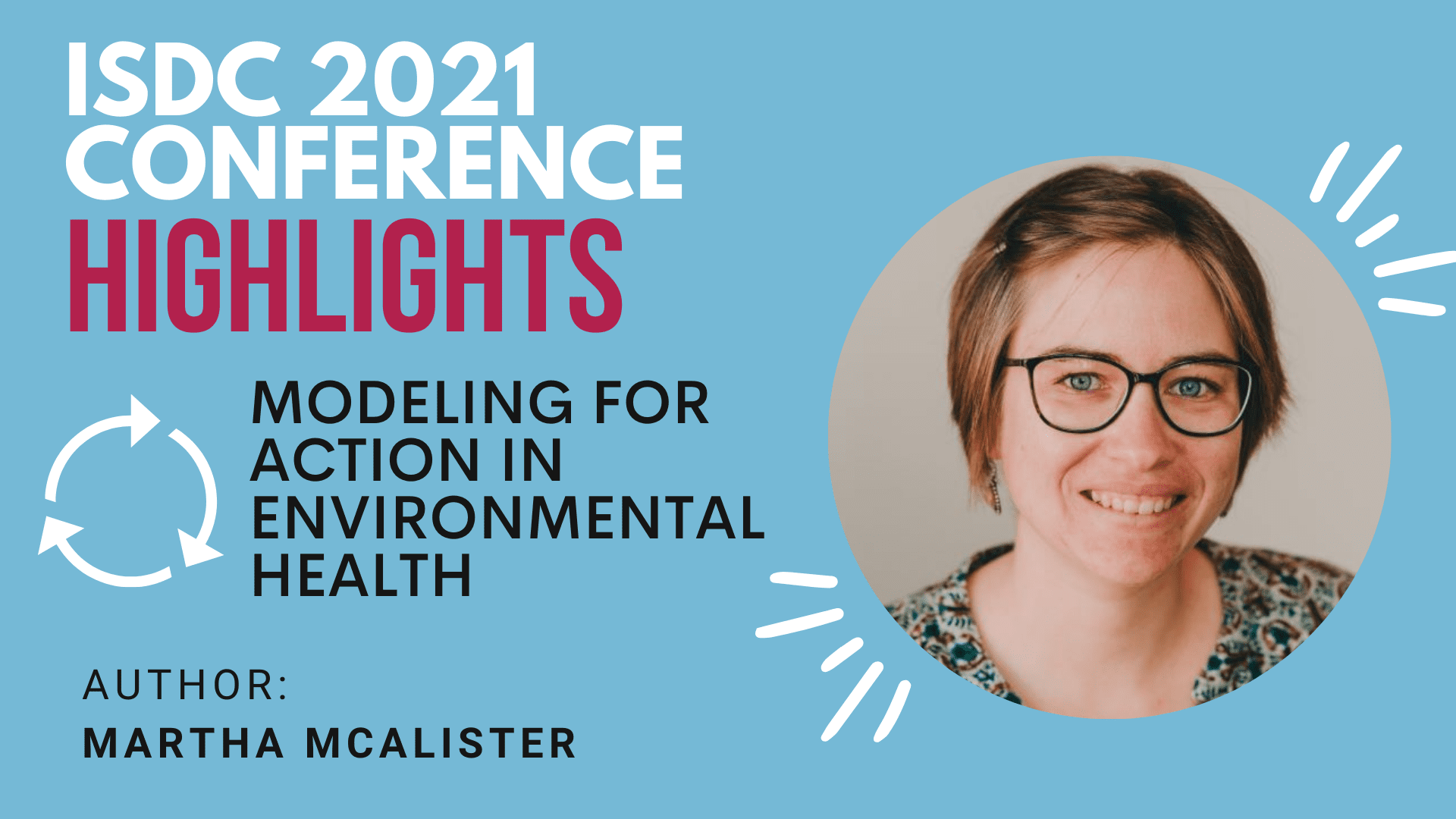 This highlight by Martha McAlister shares a first-time conference attendee’s perspective on modeling for action in environmental health. 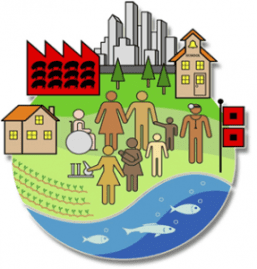 Modeling for Action in Environmental Health

When environmental risks remain unmitigated, they end up hurting our ability to lead healthy and productive lives. These risks are often concentrated where populations are the most marginalized, thereby creating or contributing to unjust health disparities. Environmental health and justice problems can be complex, as they intersect multiple domains (social, economic, political, legal, institutional, etc.) and may involve years or decades of lag time, starting from the accumulation of multiple exposures and ending in life-threatening chronic illnesses.

System Dynamics offers opportunities for modelers to engage with broad audiences to address environmental health and justice challenges. Modelers can elicit public or expert participation before, during, and after the modeling process to promote confidence in the results and to encourage holistic learning that goes beyond narrowly epidemiological approaches.

The first hint came during the Student-Organized Colloquium, where keynote speaker Dr. Josephine Musango stated that “engagement is crucial.”  As the conference progressed, I heard several presenters talk about their use of participatory modeling to study global environmental and health issues.

Laurent Smets spoke about using group model building with virology experts to connect early vaccine research and development to the user requirements at the “last mile” in low- and middle-income countries.

Kelsey Werner described workshops with local community groups in India (organized by the Social Systems Design Lab at Washington University) to model factors affecting their use of less harmful liquefied petroleum gas (e.g., for cooking) in place of solid fuels like firewood or charcoal..

Allyson Beall King, presenting on her work with Tyler Opp, echoed this concept of scientific translation in describing their model of toxic sediments in Lake Coeur d’Alene.  They wanted to make sure this model would not only satisfy scientists but also be fully accessible and transparent for the public.

I also learned from Daniel Kliem’s talk about how to involve experts in participatory modeling. He said that if a simulation was the ultimate goal, then one should “fail fast” by developing the quantitative model sooner rather than later.  He also advised modelers to remember that we are the translators and integrators of others’ knowledge, and as such we should always give those experts the credit they are due.

This last point reminded me of something that the other Student-Organized Colloquium keynote speaker, Dr. Irene Headen, said about one of the strengths of System Dynamics: the process allows modelers to collect and integrate multiple perspectives on a single topic.

The conference is a heady experience for a first-time attendee like myself. Thinking about the presentations I attended, I realize that none precisely addressed environmental health and justice per se.  But that doesn’t really matter, because the presenters made it easy to see how their experiences and insights have broad application, and I look forward to applying these ideas in my own work.

Martha is a PhD student of Environmental Engineering at the University of South Florida. She studies the efficacy and sustainability of environmental health interventions. Martha’s participation in the International System Dynamics Conference was supported by USF NRT Strong Coasts (National Science Foundation under Grant No. 1243510). Any opinions, findings, and conclusions or recommendations expressed in this material are those of the authors and do not necessarily reflect the views of the National Science Foundation, USF, or NRT Strong Coasts.

Housing Dynamics We had an insightful conversation with David Stroh, Martijn Eskinasi, and Kaveh Dianati at our latest seminar. We learned about how using causal loop diagrams based on simple archetypes, illuminate interdependencies across housing availability, wealth...

SYDIC is proud to announce the “En-Roads: an online Climate Action Simulation” workshop, that will be held on 21-22 September 2021 on the occasion of the “#All4Climate – Italy 2021” manifestation, promoted by the Italian Ministry for Ecological Transition (MiTE), and...

Dr. Saras Chung is the executive director of SKIP Designed, a consulting group that examines the system dynamics of educational initiatives for equity. She also teaches social policy design at Washington University in St. Louis.