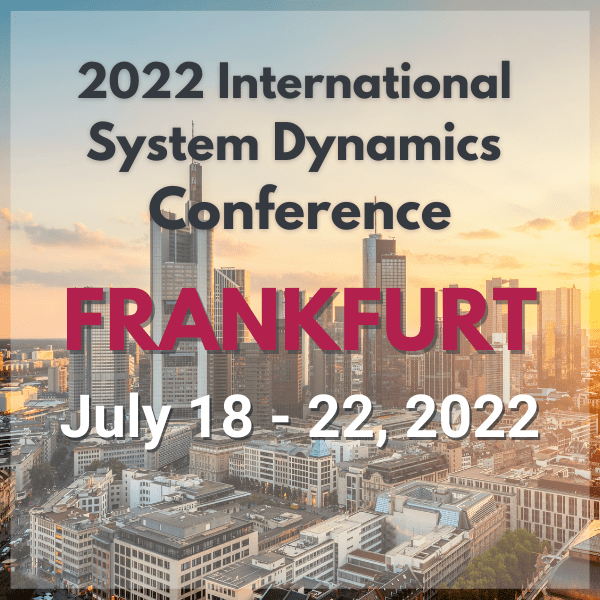 Researchers at the Frankfurt School of Finance & Management in partnership with the German Chapter of the System Dynamics Society, universities and businesses established in Germany, are enthused to bringing the 40th International System Dynamics Conference (ISDC2022) to Frankfurt.

Frankfurt, located in the middle of Germany, with the biggest German airport nearby, constitutes an attractive option for this annual meeting. Holding the International System Dynamics Conference in this region presents an important opportunity for reinforcing and making grow, both in quality and impact, the use of System Dynamics at academic institutions and businesses in Germany. System Dynamics modeling in Germany is maturing but looking back at a long tradition. Already at the end of the 1960s, system dynamics started being used at Mannheim University, initiated by Gert v. Kortzfleisch. Peter Milling and Erich Zahn, two doctoral students of this university, joined the “limits to growth” group at MIT in the early 1970s. In 1989, the so far only International System Dynamics Conference in Germany was held in Stuttgart. Nowadays, there is an active German System Dynamics chapter (with more than 100 members) holding an annual conference. System Dynamics is taught at more than a dozen German universities, for instance, Frankfurt School and the University of Stuttgart

Frankfurt is the most international city in Germany, the largest financial center in the European Union, the historical city of coronations, the city of Johann Wolfgang von Goethe, and the cradle of the German democracy… In brief, the smallest metropolis in the world, in which there is a lot to discover.

The 2021 International Conference of the System Dynamics Society will be held virtually and in Chicago, Illinois.  The venue, Palmer House Hilton, is an historic hotel in Chicago’s ‘Loop’. It has recently undergone a $170 million renovation to ensure that it includes all of the conveniences and comforts 21st century guests expect while also preserving its significant history. “The Chicago hotel the world knows best” has positioned itself for the next era in downtown Chicago accommodations–and the next generation of Palmer House Hilton with a hip and historic outlook.  Start planning your trip now!!

Rebecca began her career as a strategy consultant at Monitor Company, honed her skills as a systems thinking facilitator at GKA Inc, worked as VP of Affordable Housing Acquisitions for Boston Financial, and built her own Systems Thinking consultancy through which she was a key contributor to the ReThink Health Initiative, Climate Interactive’s Agritopia, and Dialogos’ work for the US Forestry Service. She has spent more than 25 years supporting corporate and philanthropic clients including Vistaprint, Elizabeth Dole Foundation, AT&T, Ford, Smithkline Beecham, Shell, Amoco, and USDA. Her expertise is using collaborative causal mapping and System Dynamics simulation models to help multi-sector collaboratives think together better. Rebecca trained in Systems Dynamics in Jay Forrester’s Pre-College Education Project and John Sterman’s class while pursuing a BS in Civil Engineering and an MBA from MIT. She has served on the Society Policy Council and been a guest lecturer at MIT, Wharton, Dartmouth, and Brown. When not working as a systems thinking evangelist, Rebecca loves to travel the world. Pre-covid travels included Mexico, Chile, Morocco, Brazil, Uganda and Iceland to spend time with school children, whale sharks, camels, street art, gorillas and waterfalls. When stuck at home, she enjoys gardening, swimming, dancing, and renovating properties.

The International System Dynamics Conference is an annual event where people from all over the world interested in the practice of System Dynamics and systems thinking gather. Now in its 39th year, the Conference appeals to audiences across industry and academia. These conferences introduce newcomers to the field, keep practitioners aware of current developments, and provide unparalleled networking opportunities. Participants come from business, universities, K-12 education, not-for-profits, government, consulting, the healthcare sector, and beyond.

Due to the COVID-19 pandemic the 2021 ISDC has changed its format to be fully virtual. It will be accessible and inclusive for all participants around the world. 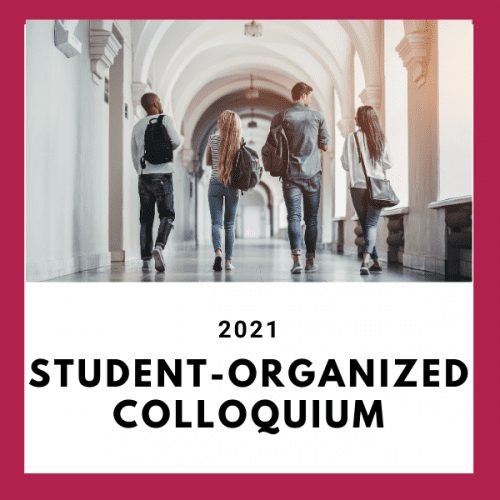 The Student-Organized Colloquium is a free, one-day event organized by the Student Chapter of the System Dynamics Society held on the first day of the International System Dynamics Conference (ISDC). The Student-Organized Colloquium promotes dialogue among system dynamicists of varying fields, levels of training and backgrounds and creates spaces to have meaningful conversations about the topics that we all care about so that everyone can share and receive feedback to improve their work.

The format of the event consists mainly of breakout sessions in which doctoral, masters and undergraduate students, as well as practitioners, professionals and academics in any field who are new to System Dynamics (less experienced, mentees, juniors) can discuss their ideas and concerns, and get mentored by more experienced system dynamicists (mentors, seniors). 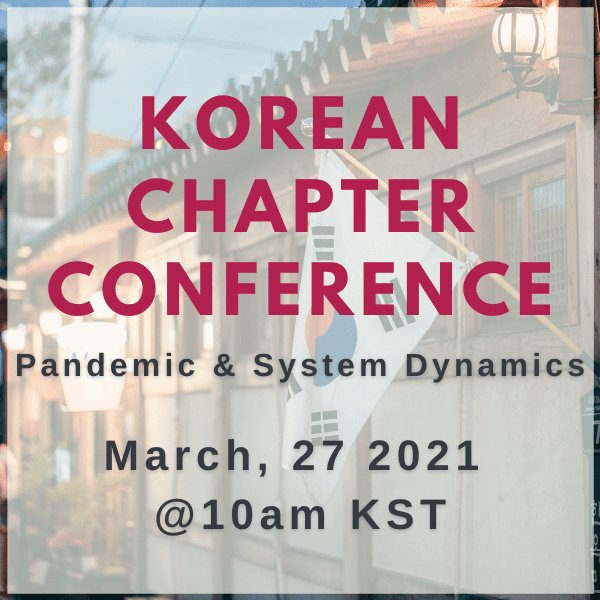 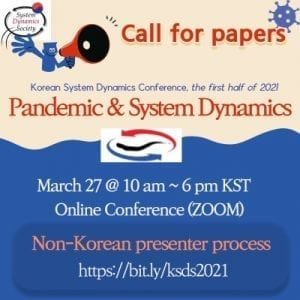 The Korean System Dynamics Conference for the first half of 2021 will be held on March 27 @ 10 am~6 pm KST(Korea Standard Time). The theme is “Pandemic and System Dynamics.” The SIR model is a long-standing and conventional topic of system dynamics. Therefore, System Dynamics is asked to take a role in the era of pandemic triggered by COVID19.

At least one session will be organized with the non-Korean presenters, a milestone for international solidarity and co-research.  Also, this conference will be one sample trial for overcoming the language barrier. All non-Korean presenters are allowed to use mother-language under the guidance of translation as below.

Process for the Non-Korean presenter:

NOTE:  The script and presentation file should be written in English even though the verbal language is not English. This rule is a minimum requirement.

Please don’t hesitate to contact the office of the Korean System Dynamics Society at korean@systemdynamics.