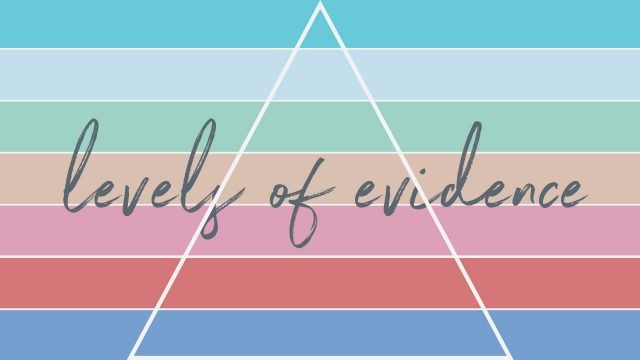 Models, Maps, and Levels of Evidence

Anyone who has attended a System Dynamics conference in recent years, or has read past posts in the System Dynamics Society blog, is surely aware of differences of opinion on the value of qualitative maps as opposed to quantified simulations.

What you may not know is that this debate has been going on for a long time, stretching back to the early 1980s, when Eric Wolstenholme and others asserted that one might be able to infer dynamics from qualitative maps.  In 1990, Peter Senge’s book The Fifth Discipline upped the ante by suggesting that certain problems might be categorized according to System Archetypes, which some took to mean that one could go directly to solutions without first simulating.  This became known as Systems Thinking.

In 2000, Geoff Coyle wrote a paper (SDR 2000, 16:3) that pointedly asked whether there might be situations so uncertain that quantified modeling cannot tell us more than qualitative mapping alone.  Rogelio Oliva and I wrote a rejoinder (SDR 2001, 17:4) that challenged this idea and sought to reclaim Jay Forrester’s original view of simulation as the necessary test bed for any dynamic hypothesis that might conceivably lead to policy decisions.

Even now, 20 years later, the debate continues.  We see in our conferences increasing use of Group Model Building that goes no further than a qualitative map, and from which the authors claim to have derived dynamic insights.

Some have been dismayed by this development—which appears to be the further expansion of Systems Thinking—fearing it is diluting and dumbing down the fundamentals of our field.  The modelers accuse the mappers of lacking rigor, while the mappers say that good group process has a rigor of its own.

What can we do about this long-brewing pot of trouble?  Is there any way out of the impasse?

I’d like to suggest a possibility.  Several years ago, I published a paper (SDR 2014, 30:1-2) describing how a “levels of evidence” approach—a standard for classifying work in the biomedical sciences—might be applied in SD.  To achieve an “A” level of evidence, one would need both strong structural and behavioral evidence and the ability to reliably test one’s model.  Structural evidence comes from conversations with subject matter experts and focused studies of cause and effect.  Behavioral evidence comes from a comparison of model output with time series data and historical records.   Work with strong support for structure but not behavior, or behavior but not structure, would achieve at best a “B” rating.  Work with strong support for neither would get a “C” rating.

In the biomedical sciences, works that have “B” or “C” ratings can still be presented at conferences and even appear in prestigious journals.  A rating less than “A” does not mean poor quality but rather lack of full, iron-clad reliability for drawing conclusions and making decisions; that is, something more exploratory or tentative.  Its level of evidence is designated in the conference proceedings or at the top of the paper so that the audience knows what they are dealing with—a decisive work (one from which decisions can be made with confidence) or something less than that.

Modeling for Impact in the Era of Big Data

Modeling for Impact in the Era of Big Data On the occasion of the field’s 50th anniversary, in 2007, Jay Forrester spoke to us (SDR 23:359-370) about prospects for the field of System Dynamics—his view of the situation summarized by the phrase “aimless plateau”.  He...

Models Don’t Make Predictions, People Do! Models and I go back a long way. I created relatively simple spreadsheet models by hand for 6 years at Arthur Andersen & Co. These were done on 14-column paper with a box of Ticonderoga #3 pencils and a Pink Pearl eraser....

Simulation During Times of Crisis

Simulation During Times of Crisis Scientists and researchers spend a long time crafting mathematical models that simulate multiple phenomena occurring in organizations and societies. Those models use varied methodologies based on either proven theories or envisioned...

SDS Economics SIG hosts Roberto Pasqualino who will present on Resources, Financial Risk and the Dynamics of Growth

The System Dynamics Society Economics SIG and WPI System Dynamics host Dr. Roberto Pasqualino who will present his work on his Resources, Financial Risk and the Dynamics of Growth book. The book presents a deep analysis on the World3 and provides a global updated...

The 2021 International Conference of the System Dynamics Society will be held virtually and in Chicago, Illinois.  The venue, Palmer House Hilton, is an historic hotel in Chicago’s ‘Loop’. It has recently undergone a $170 million renovation to ensure that it includes...

2 thoughts on “Models, Maps, and Levels of Evidence”