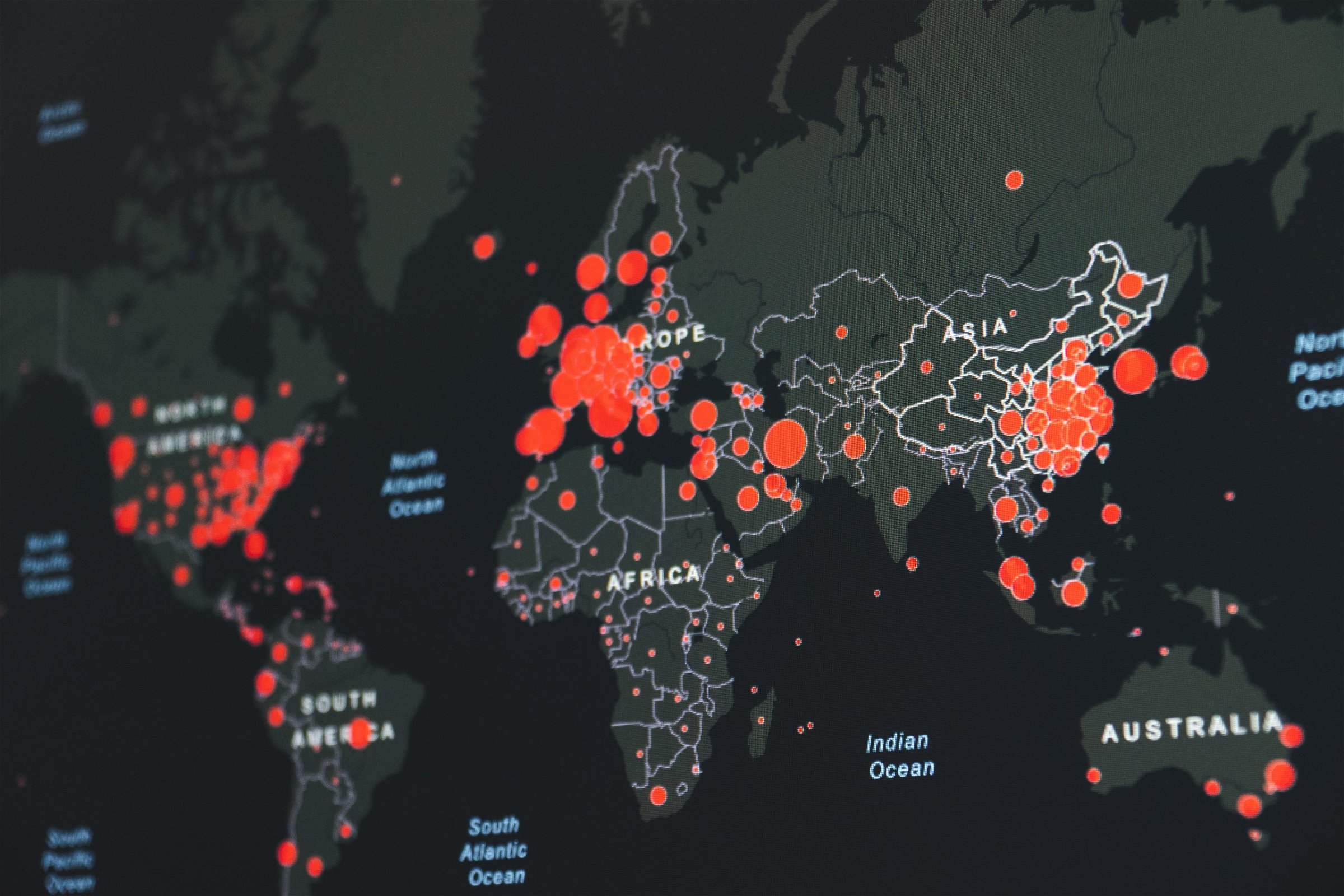 Over a year since the World Health Organization declared COVID-19 a pandemic, its true global magnitude remains unknown.  Official counts of cases and deaths are known to underestimate the true magnitude of the pandemic, but how much remains uncertain.  Differences in testing and treatment capacity, unknowns like asymptomatic transmission, and most importantly, variable responses to the risk of the virus create wide variation in incidence, prevalence, and mortality across countries and over time. This isn’t just about getting the stats right.  If official counts of cases and deaths are too low, people may not take adequate precautions and governments may (and have) re-opened their economies too soon, leading to more deaths.  Effective responses to the pandemic require an understanding of how these factors interact to shape its trajectory.

To address this need, we developed a model that accounts for behavioral factors such as risk-driven contact reduction, improved treatment, and adherence fatigue, as well as asymptomatic transmission, impacts of weather, disease acuity, and testing and hospital capacity. Estimating this model across all nations that publish sufficient data—a total of 92, spanning about 5 billion people —we found the actual magnitude of the epidemic to be much larger than reported. Specifically, as of the end of 2020, we find cumulative cases were more than seven times larger than official reports, and COVID-19 deaths were about 44% higher than reported. We also found huge variation in death rates, with some countries having over 100 times the per capita deaths of others.

The greatest driver of this wide variation is not demographics, weather, or health care capacity, but rather how responsive are the people and governments of each nation to the threat. Do countries act proactively and aggressively to quash any nascent outbreaks, or do they wait until the situation is severe and hospitals overwhelmed before responding?

Some countries, like Australia, China, New Zealand, and Singapore, have been proactive, responding aggressively to even small spikes in cases, and have largely succeeded in bringing their epidemics under control at death rates below 0.1 per million people per day. Even after caseloads and deaths fell, they remained vigilant, kept masks on and gatherings restricted, and continued testing and tracing until the virus was almost completely stamped out. Despite occasional disruptions from new outbreaks, life in these nations has largely stabilized at a new normal, with few cases and deaths.

Others, including the U.S., many European and South American countries, and India, have been more reactive. Seeking to minimize economic disruption, they delayed action until climbing deaths forced their hands. As each wave subsided, under pressure to reopen their economies, they eased restrictions, only to see cases climbing again. Eventually, faced with rapidly growing outbreaks, they have been forced to lock down again anyway.

Ultimately, countries actually have little choice in how much they must reduce contact levels to control the epidemic. Few communities are willing to tolerate unchecked outbreaks and the horrendous number of deaths that result. By choice or the force of intolerable death rates, all countries have to cut back high-risk interactions – keeping people at home, restricting gatherings, avoiding restaurants and travel, and so on – to control the virus. How much these interactions have to be reduced to keep an outbreak from growing depends largely on the contagiousness of the virus itself, and thus remains similar across nations. What varies across countries is how many cases and deaths it takes to induce strong enough actions to reduce contacts to the required threshold, bend the curve, and stop the growing outbreak. In short, until vaccination is widespread all communities pay a similar price to sufficiently bring down their contacts, yet the more responsive ones save many more lives.

To help policymakers and the public better understand these dynamics, we created a free online simulator that allows you to experiment with your own scenarios for vaccination and other policies, and to explore how to change the course of the epidemic over the coming months.

The world is working hard to roll out mass vaccination, but it will still be many months before most people are vaccinated worldwide. Understanding the central role of responsiveness in shaping the dynamics of outbreaks remains critical – it is still not too late for a swift response to both minimize economic disruptions and save lives.

Rahmandad, Lim, and Sterman are coauthors of “Behavioral dynamics of COVID-19: estimating under-reporting, multiple waves, and adherence fatigue across 19 nations,” which is forthcoming in System Dynamic Review. Rahmandad and Lim are coauthors of “Risk-Driven Responses to COVID-19 Eliminate the Tradeoff between Lives and Livelihoods.”

Housing Dynamics We had an insightful conversation with David Stroh, Martijn Eskinasi, and Kaveh Dianati at our latest seminar. We learned about how using causal loop diagrams based on simple archetypes, illuminate interdependencies across housing availability, wealth... 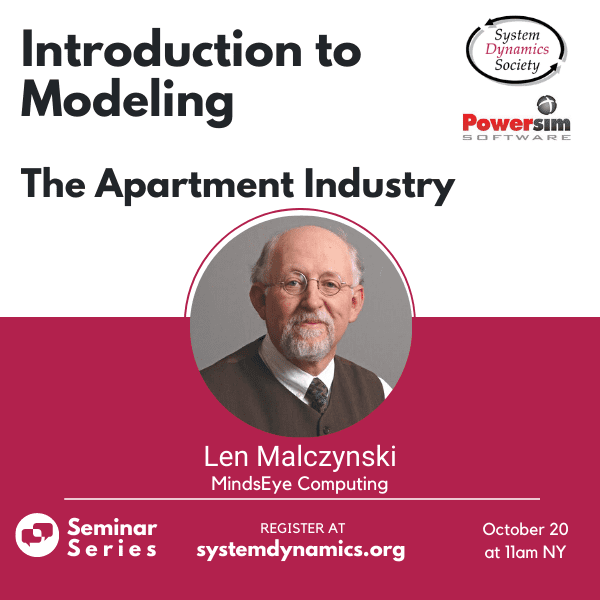 In this seminar, you will be able to build your own System Dynamics model! This will be a small, quantitative model of the classic apartment vacancy/build cycle. Read the problem statement. You will take your first steps with Studio and learn how to apply it for...